The NWCSA pistol range consists of an enclosed 14 port range building with inward opening doors and shooting shelf, opening onto an approximately 50 yard range. This paper-target shooting facility can be used for defensive pistol or precision, bullseye-pistol practice or competitions. Shooting positions are located under cover in the lighted, heated building. There is also a range-ventilation fan system in place to eliminate fumes and smoke from the building.

The pistol range has a range-safety system which consists of several flashing/rotating amber beacon lights and a warning bell which are activated by shooters on the line or the Range Safety Officer to initiate a “cold range” condition.

Target lines are marked every 5 yards from 5 to 50 yards. Portable target frame mounting bases are available for use at the range, as well as H-frame target frames with cardboard backers that can be put out at any distance on the range. Events held at the pistol range include: 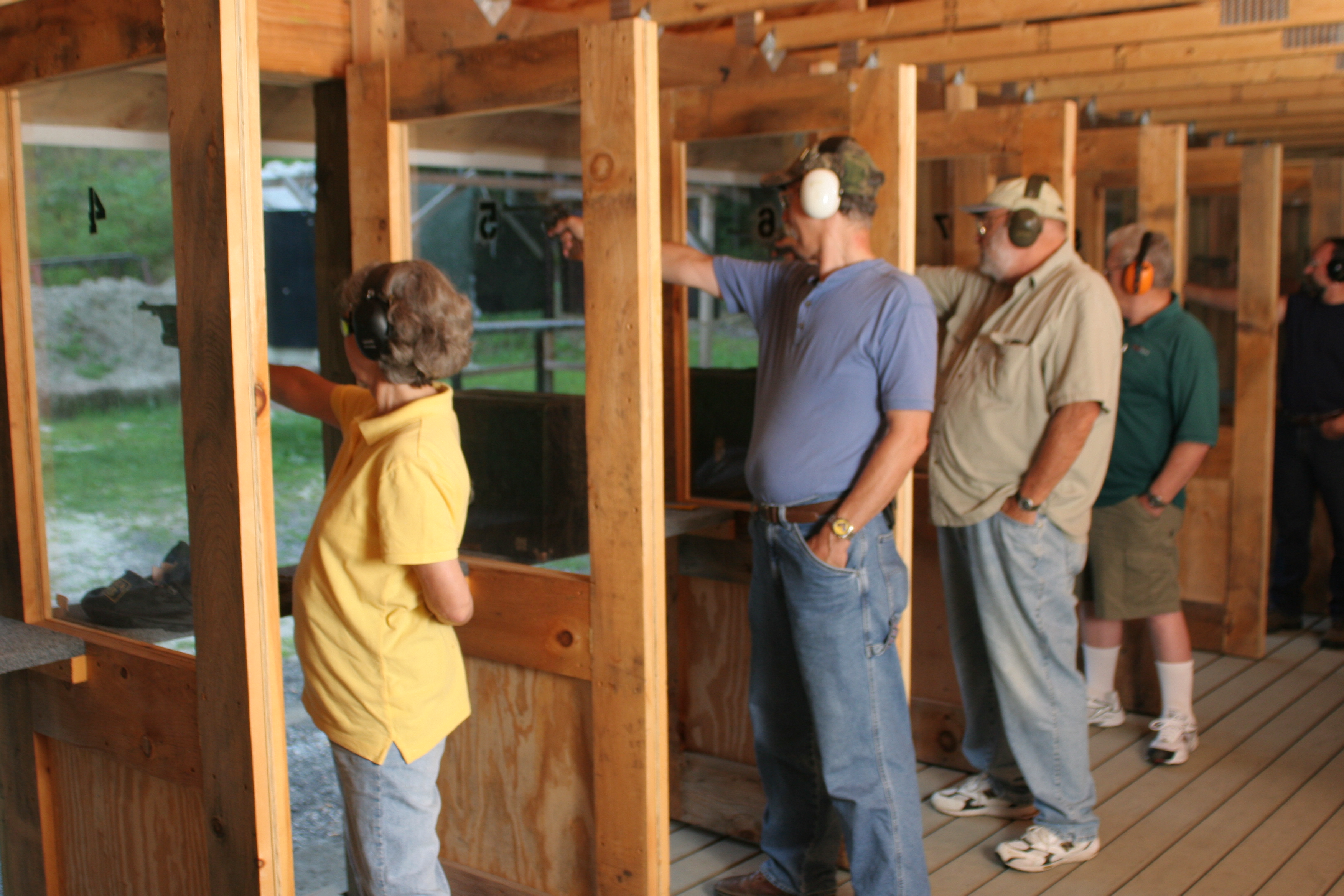 New shooters to any of these will be tutored in basics and all of the more experienced shooters are always willing to give pointers.

Competition: All shooting is done offhand. The shooter is given 2-1/2 minutes to engage a bank of five silhouettes (five chickens, pigs, turkeys, and rams, one shot each, left to right). Scoring is simple – if your shot knocks the target completely down, it’s a hit. Anything else is a miss. When the shooter has finished the first string of five targets, they are reset and a second string of five targets (of the same animal) is engaged. A match consists of ten gallina (chicken) targets, ten javelina (pig) targets, ten guajalote (turkey) targets, ten borrego (ram or sheep) targets and has a maximum score of 40 points. The object of the competition is to knock over as many targets as you can, using only one shot per target, shooting in the prescribed sequence, within the prescribed time.

Ammunition: Shooters are supplied with club issued 20 or 12 gauge ammo.

Competition: There are usually 20 shooters per each round. Participants shoot at 5″x 8″ sheet of paper with a circle with a cross hair through it at a distance of 25 yards. Each shooter takes one shot at their target. The BB hole in the target that is closest to the intersection of the cross hairs is the winner of that round. Cost is $2 per round and $5 per money round, which is a 50/50 split.

Any caliber revolver, open sights only.

Competition: Shooting is in 3 stages,each stage is 10 min. to shoot 10 rds. The 3 target scores are added for the total.